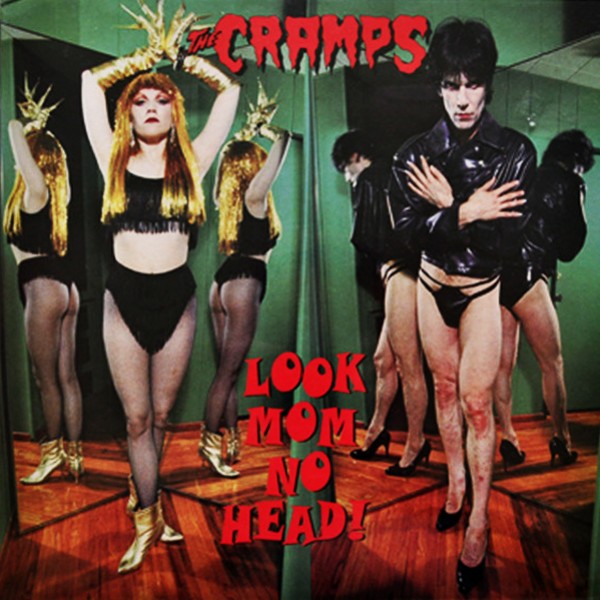 Look Mom No Head! is the fifth studio album and the 10th album overall by the American garage punk band the Cramps. It was recorded and mixed by Steve McMillan at Ocean Way Studios in Hollywood between June 21 and July 14, 1991. It was self-produced by Cramps guitarist Poison Ivy. Iggy Pop guested on the track "Miniskirt Blues", which was originally recorded by the Flower Children in 1967.

A1 Dames, Booze, Chains And Boots

A3 Blow Up Your Mind

B1 I Wanna Get In Your Pants

B2 Bend Over, I'll Drive

B3 Don't Get Funny With Me

B4 Eyeball In My Martini

B6 The Strangeness In Me