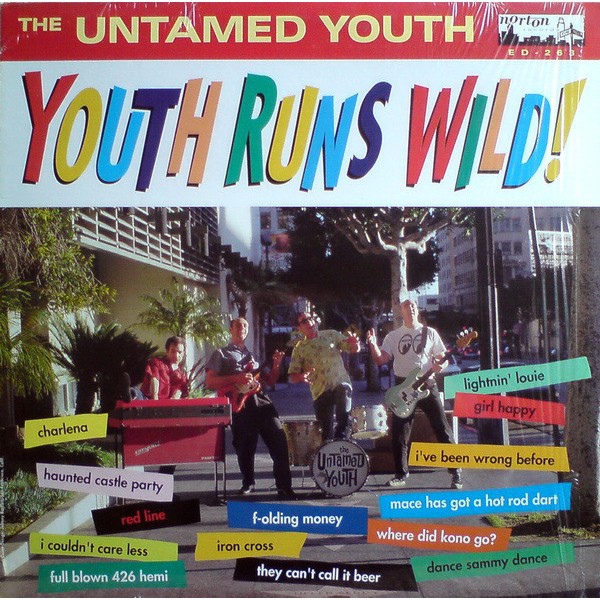 Although the group's small-combo sound is still pretty well intact, leader Derek Dickerson stretches the musical boundaries further than previous outings, making this far more than your average one-riff retro album. For a band that seldom, if ever proffers their own material, there are five originals aboard this 14-track album. Dickerson brings us the instrumental "Lightnin' Louie," "Full Blown 426 Hemi," and the quirky but very cool "Mace Has Got a Hot Rod Dart," a '90s updating of the Jan & Dean "Schlock Rod" theme. But even more intriguing are the two vocal and songwriting efforts from bass player/resident wildman Steve Mace, "They Can't Call It Beer" (a rant against everything in the beer cooler that isn't Pabst Blue Ribbon) and "Where Did Kono Go?," an ode to the bit player on Hawaii Five-O. There's still a lot of fun and irreverence on this disc, but there's a lot more music than previous outings to back it up. Think of this as the Youth's version of "Hit City '65" and it'll make perfect sense to you.

Mace Has Got A Hot Rod Dart

They Can't Call It Beer

I've Been Wrong Before

Where Did Kono Go?