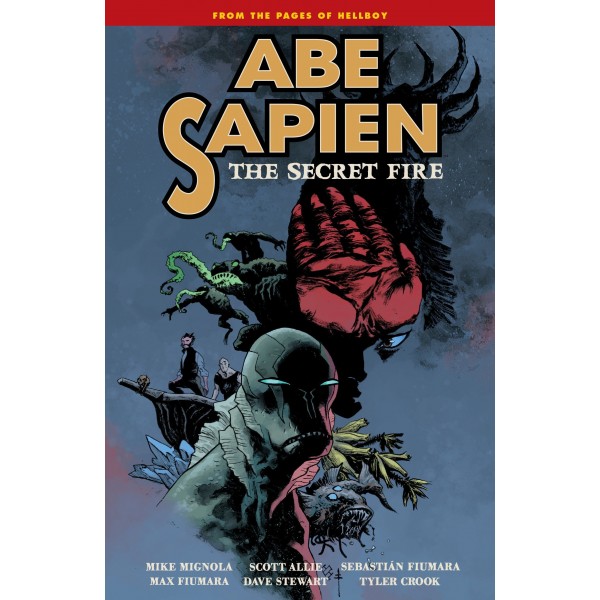 Having traveled cross the country searching for the truth about himself, Abe Sapien uncovers the secrets he's been looking for when he faces a giant monster that tore off part of the Florida coast, and a young girl with a psychic bond to the most ancient powers in the Hellboy mythology.

The series that Multiversity calls, "a healthy dose of action and nightmare-inducing horror" takes Mike Mignola's second greatest character through the darkest corners of the end of the world, giving a street-level view of the end of the world as seen in B.P.R.D. Hell on Earth, with breathtaking art from Sebastian and Max Fiumara.

Rise of the Black Flame - TPB
The B.P.R.D.'s greatest foe was not always a man ...Little English girls are going missing, and the ..
$8.98 text_tax $8.98
Add to Cart
Add to Wish List
Compare this Product