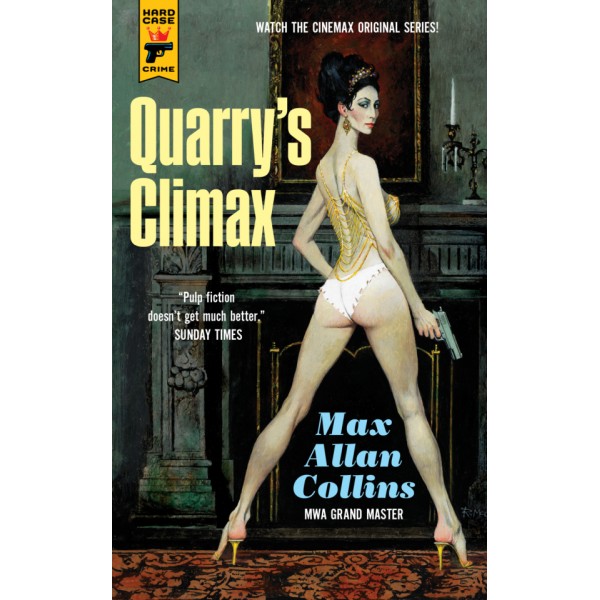 THAN A LOADED MAGAZINE

Memphis, 1975. "Raunchy" doesn’t begin to describe Max Climer’s magazine, Climax, or his all-hours strip club, or his planned video empire. Evangelists, feminists, and local watchdog groups all want him out of business. But someone wants more than that, and has hired a killer to end Max’s career permanently. Only another hit man—the ruthless professional known as Quarry, star of the acclaimed series on Cinemax—can keep Climer from becoming a casualty in the Sexual Revolution.

The longest-running series from Max Allan Collins, author of ROAD TO PERDITION, the Quarry novels tell the story of an assassin with an unlikely taste for justice. Once a Marine sniper, Quarry found a new home stateside with a group of contract killers. But some men aren’t made for taking orders…

Features a new cover painting by the legendary Robert McGinnis