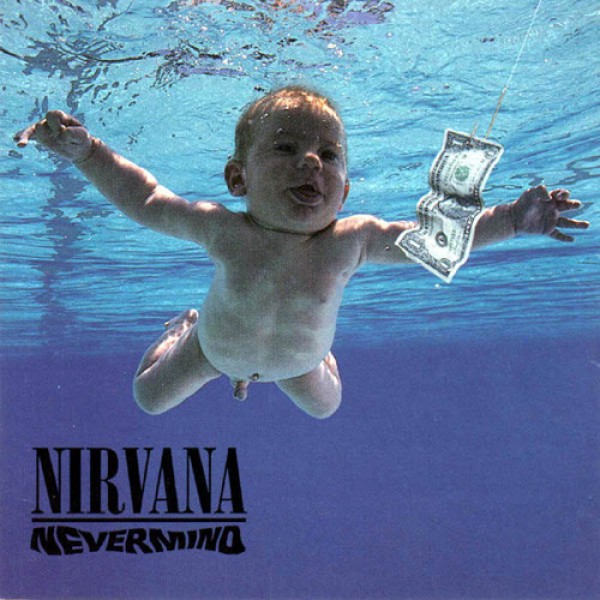 Nevermind is the second studio album by American rock band Nirvana, released on September 24, 1991. Produced by Butch Vig, it was Nirvana's first release on the DGC label, as well as the first to feature drummer Dave Grohl. Nevermind features a more polished, radio-friendly sound than the band's prior work, and is therefore considered a significant departure from their debut album, Bleach. Recording for Nevermind took place at Sound City Studios in Van Nuys, California, and Smart Studios in Madison, Wisconsin in May and June 1991, with mastering being completed in August of that year at The Mastering Lab in Hollywood, California.

According to frontman Kurt Cobain, the songs of Nevermind were influenced by bands such as the Pixies, R.E.M., the Smithereens, and the Melvins. He fashioned chord sequences using power chords, combining pop hooks with dissonant guitar riffs. Cobain intended for the album to sound like a fusion of mainstream pop bands such as the Knack and the Bay City Rollers with heavier rock bands such as Black Flag and Black Sabbath. While Nevermind is considered a cornerstone of the grunge genre, the album is frequently noted for its musical diversity, which includes acoustic balladry ("Polly"; "Something in the Way") and punk-inspired hard rock ("Territorial Pissings"; "Stay Away"). The album cover, featuring a nude infant swimming toward a U.S. dollar bill on a fishhook, is one of the most famous album covers in popular music.

Nevermind became an unexpected critical and commercial success. In January 1992, it reached number one on the US Billboard 200; during this time it was selling approximately 300,000 copies a week. The lead single "Smells Like Teen Spirit" peaked at number six on the US Billboard Hot 100, and its video was heavily rotated on MTV. Three other successful singles were produced: "Come as You Are", "Lithium", and "In Bloom". Nevermind was voted the best album of the year in Pazz & Jop critics' poll, while "Smells Like Teen Spirit" also topped the single of the year and video of the year polls.

Nevermind is often credited with initiating a resurgence of punk culture among teenagers and young adults of Generation X. In addition, it was responsible in part for bringing both grunge and alternative rock music to a mainstream audience and ending the dominance of hair metal. The album has sold over 30 million copies worldwide, making it one of the best-selling albums of all time. In March 1999, it was certified Diamond by the RIAA. Among the most acclaimed albums in the history of music, Nevermind was added to the National Recording Registry in 2004 as "culturally, historically or aesthetically significant".

This is a limited edition on color vinyl

A3 Come As You Are

B6 Something In The Way