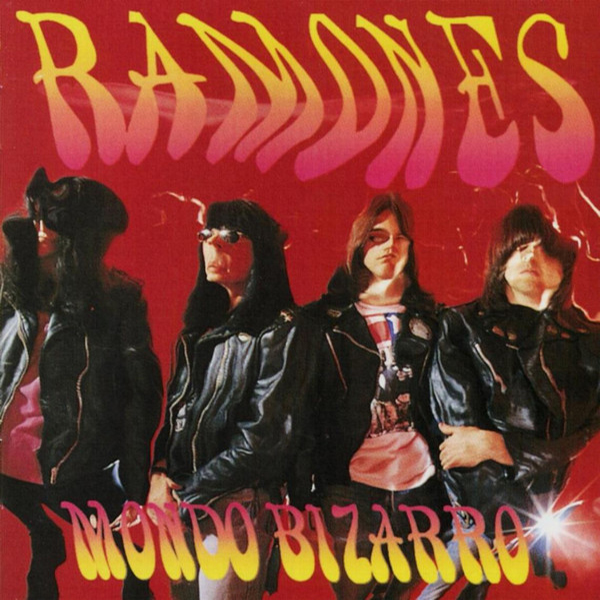 Mondo Bizarro (a misspelled version of "Mondo Bizzarro," meaning "Weird World" in Italian) is the twelfth studio album by the American punk band the Ramones, released in 1992. It is the first to feature their new bassist, C.J. Ramone, who replaced departed member Dee Dee Ramone.

Even though Dee Dee had left the band, he wrote several songs on the album. This was supposedly to repay the band for bailing him out of jail

A2 The Job That Ate My Brain

A5 Strength To Endure

A6 It's Gonna Be Alright

B1 Take It As It Comes

B3 Tomorrow She Goes Away

B4 I Won't Let It Happen

B5 Cabbies On Crack

B6 Heidi Is A Headcase