Ramones - End of the Century - LP 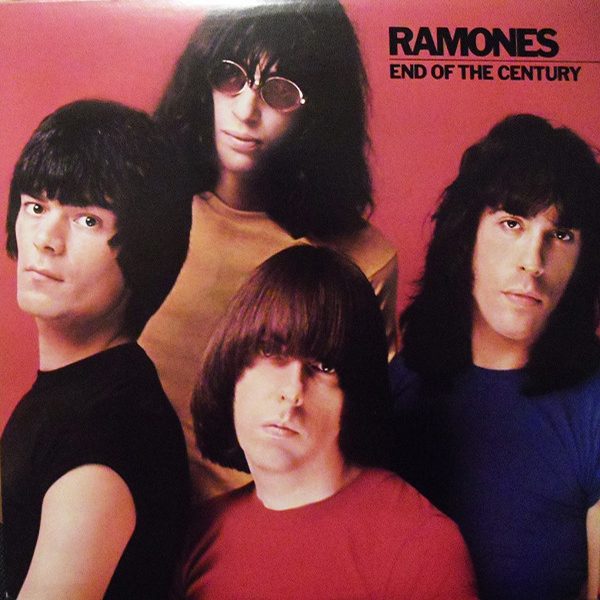 The fifth studio album by the American punk rock band the Ramones, released on February 4, 1980, through Sire Records. The album was the band's first produced by Phil Spector, though he had offered the band his assistance earlier in their career. With Spector fully producing the album, it was the first release that excluded original member Tommy Ramone, who in 1978 left the band but produced their previous album Road to Ruin. Spector used more advanced standards of engineering, such as high-quality overdubbing and echo chambers. These methods caused conflict between the band and Spector since much of the recording used techniques that opposed those the Ramones had previously used. Spector emphasized the production value as well, working with a budget of around $200,000.

The songs on End of the Century were written primarily to expand the band's fan-base, straying from the band's original punk genre and steering toward a more pop oriented sound. The lyrics on the album deal with various different things, ranging from drug addictions to the band's lifestyle while touring. The album also features a cover of The Ronettes' song "Baby, I Love You", as well as successors to previous Ramones songs "Judy Is a Punk" and "Havana Affair".

It received generally positive reviews from critics, though many reviewers deemed it to be less favorable compared to the band's previous releases, due to Spector's production quality and the band's desire for mainstream success starting to show in their music, according to critics. Despite this, the album is the highest charting Ramones album of all time, reaching number 44 on the US Billboard 200 chart, and number 14 on the UK Albums Chart. End of the Century spawned the singles "Baby, I Love You" and "Do You Remember Rock 'n' Roll Radio?," both of which charted in Europe.

A1 Do You Remember Rock'N'Roll Radio?

A5 The Return Of Jackie And Judy

B3 This Ain't Havana

B5 All The Way