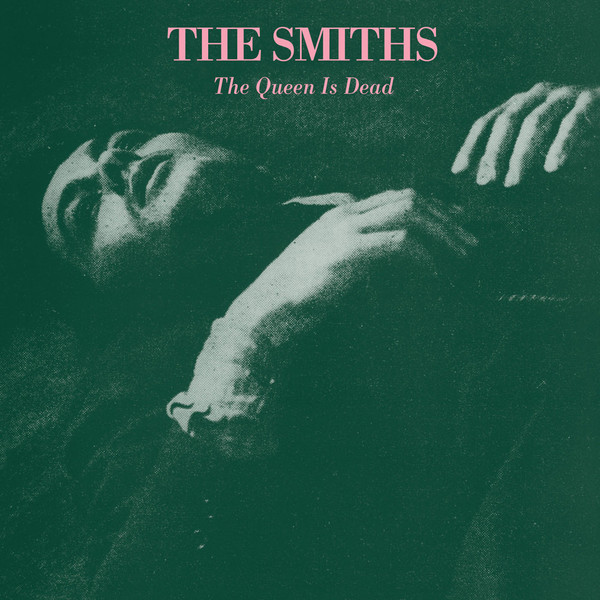 The third studio album by English rock band the Smiths. Released on 16 June 1986 in the United Kingdom by Rough Trade Records, and on 23 June 1986 in the US by Sire Records, it spent 22 weeks on the UK Albums Chart, peaking at number two. It also reached No. 70 on the US Billboard 200, and was certified Gold by the RIAA in late 1990. In 2009, Rolling Stone ranked The Queen Is Dead 218th on Rolling Stone's 500 Greatest Albums of All Time.In its 2013 list, the NME named The Queen Is Dead the greatest album of all time.

Guitarist Johnny Marr wrote several songs that appeared on The Queen Is Dead while the Smiths toured Britain in early 1985, working out arrangements with bassist Andy Rourke and drummer Mike Joyce during soundchecks. The title of the album is from Hubert Selby Jr.'s 1964 novel Last Exit to Brooklyn. The cover art features French actor Alain Delon in the 1964 film L’Insoumis. The album was produced by Morrissey and Marr, working predominantly with engineer Stephen Street, who had engineered the band's 1985 album Meat Is Murder.

A2 Never Had No One Ever

B2 The Boy With The Thorn In His Side

B3 Vicar In A Tutu

B4 There Is A Light That Never Goes Out

B5 Some Girls Are Bigger Than Others

Mummies - Never Been Caught - LP
At a time when a lot of garage rock bands sounded like they were drowning in a sea of paisley and ne..
$24.98 text_tax $24.98
Add to Cart
Add to Wish List
Compare this Product

Velvet Undergound & Nico, The - LP
Record Details: One would be hard-pressed to name a rock album whose influence has been as broad ..
$18.98 text_tax $18.98
Add to Cart
Add to Wish List
Compare this Product