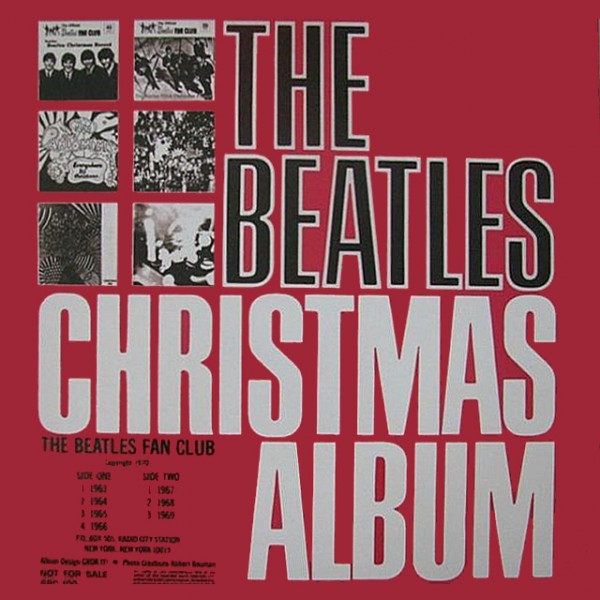 Album cover front shows Fan Club flexi-disc sleeves, album title THE BEATLES CHRISTMAS ALBUM, The Beatles Fan Club and track listings. Most releases of this album have this as the back cover. Likewise, the back of this album cover, which on other releases is the front cover, shows the 25 individual photos.