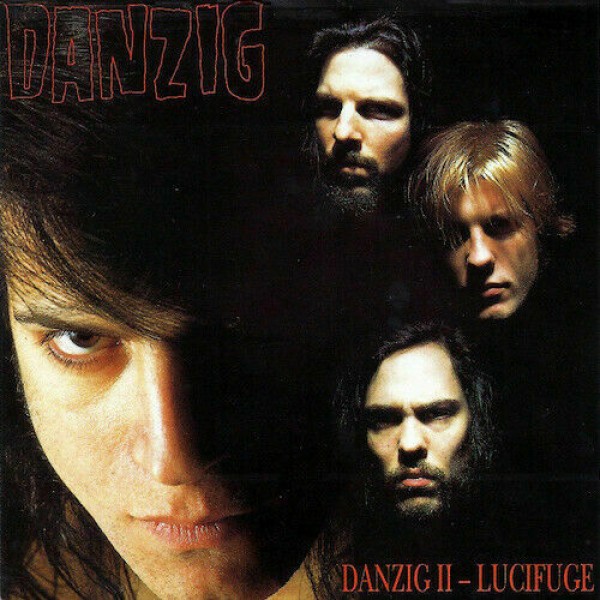 Danzig is one of those bands that are unfairly labeled as a one-trick pony and are often wrongly categorized by the mainstream. Aside from the dark and foreboding classic “ Mother,” the lay person would know little about the group’s work, unless you include Glen Danzig’s stint in the Misfits, a recognition that owes its thanks largely to Metallica covering “Die, Die My Darling” and “Last Caress.” Others may be scared off by Danzig himself, the darkness and debatable satanic imagery which permeates his lyrics, and the overall incorrect assumption that Danzig is death metal. To be fair, Danzig as a group has done little in the last decade to warrant much recognition, which only adds to their overall legacy being met with a rather dull thud.

The group’s eponymous debut album was a striking departure from Glen’s earlier work as a horror punk forefather. Although overwhelmingly simplistic at times, the record was rooted in bluesy hard rock, and was chalk full of brooding and dark riffs that were complimented well by Glen’s vocals, something that was done intentionally as his voice is clearly the intended centerpiece. The group did not stray much from the formula on their debut, and it was largely ignored until years later when a live version of “Mother” started getting attention on MTV.

Danzig II (Lucifuge) was released two years later and brought with a much higher level of diversity, at least in the musical sense. The dark lyrical themes are fairly similar, but instead of an entire album drenched in simplistic dark blues riffs, Lucifage finds the band experimenting in surprising sounds. The hard rock staples are still present and contribute to the overall strength of the album, but a listener may be surprised to be greeted with slide orientated blues, borderline doo-wop, and traditional Delta-orientated blues throughout sections of the album. From the vocal point of view, Glen doesn’t sound different than he ever does, which is to say his vocals are above average. Although many are put off by his persona and label him a Morrison clone, his overall presence and range are far superior to many of his brethren in the hard rock/metal genre. The added musical diversity brings a needed change of pace, and combined with strong vocals is one of the reasons why Lucifage is widely regarded as the most complete and strongest release in their discography.

The carnage begins with “Long Way Back From Hell,” a traditional straight ahead hard rock staple carried by a strikingly good chorus and simplistic yet driving lead break from guitarist John Christ. “Snakes of Christ” continues the torrent pace, with an infectious riff that resembles both “Twist of Cain” from their first album as well as STP’s “Sex Type Thing.” One of the more lyrically dark numbers, “Snakes” can be difficult to listen to from an imagery standpoint, but holds up well as an album centerpiece. “Devil’s Plaything” and “Her Black Wings” are featured in the middle, and are probably the two strongest tracks present. The former is reminiscent of “Long Way Back From Hell” as it is carried by a dynamic chorus and lead break, only it incorporates acoustic parts that deliver a nice compliment. The latter is a quasi ballad that is carried by an impossibly dark groove, and is widely considered to be one of the group’s standout tracks. “Tired of Being Alive” and “777” are also located towards the middle and are above average straight forward hard rock numbers.

The aforementioned musical diversity can be seen across “Killer Wolf,” “I’m The One,” and “Blood and Tears.” “Killer Wolf” is a dark blues entry, although Glen’s adoption of a Mississippi Delta-esque accent can become somewhat grating on repeated listens. “I’m The One” is a standout, and sounds more like the bastard child of Howlin Wolf than the brainchild of a dark rock group. Complete with slide guitar, the track is a blues stomp that adds a strong component and change of pace. “Blood and Tears” took me several listens to appreciate as it is dripping with doo-wop influence, but after several exposures it presents itself as a strong ballad and adds a balancing compliment to the record.

Overall, Lucifuge is a strong hard rock record. There is a small amount of filler in “Girl” and “Pain in the World,” but having only the last two songs of an album count as filler is an accomplishment in the genre. If the listener can overcome the dark imagery present in the lyrics, the overall sound, tone, and quality will prove rewarding for any die-hard fan of metal or hard rock. Danzig would reach its peak in the coming years thanks to the re-issue of “Mother” and the above average “Danzig III, How the Gods Kill,” but Lucifuge stands out as their best overall release.

2 - 3 Days
Danzig III - color vinyl - LP
Glenn Danzig, one of the most well known and influential figures in the realms of Heavy Metal. He ha..
$39.98 text_tax $39.98
Send Enquiry
Add to Wish List
Compare this Product

Cramps - The King is Back - LP
Limited Edition vinyl featuring 14 rare Cramps cuts including radio and TV appearances from the A Da..
$24.98 text_tax $24.98
Add to Cart
Add to Wish List
Compare this Product