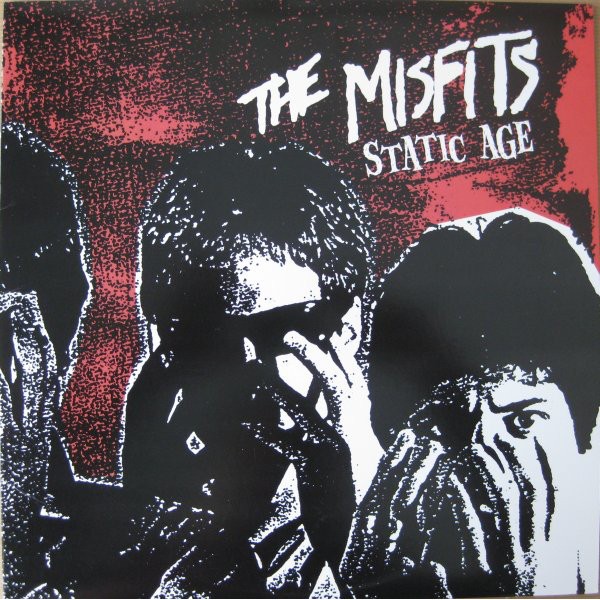 In August 1977 The Misfits released their debut single "Cough/Cool" on Blank Records, a label operated by the band's lead vocalist Glenn Danzig. Several months later Mercury Records issued a Pere Ubu record on their own Blank Records imprint, unaware that Danzig held a trademark on the name. The parties came to a settlement, with Danzig accepting thirty hours of studio time for his band in exchange for the rights to the Blank Records name.In January and February 1978 the Misfits, then consisting of Danzig, guitarist Franché Coma, bassist Jerry Only, and drummer Mr. Jim, recorded seventeen songs at C.I. Recordings in New York City with engineer and producer Dave Achelis. Due to time constraints, the band recorded the songs live in the studio with only a few takes and very few overdubs.Ultimately fourteen of the seventeen tracks produced during the sessions were assembled for the Misfits' anticipated debut album, to be titled Static Age.[3]

However, the band were unable to find a record label interested in releasing the album. Instead, the Misfits released four of the new tracks ("Bullet", "We Are 138", "Attitude", and "Hollywood Babylon") as the "Bullet" single in June 1978 on Danzig's newly created label Plan 9 Records (the same four tracks, along with a remixed version of "Last Caress", were reissued on the Beware EP in January 1980). While on tour in Canada that October, guitarist Franché Coma abruptly quit the band, followed by drummer Mr. Jim at the tour's conclusion. With the band's future far from certain, the Static Age recordings were shelved indefinitely. Danzig recruited new members Bobby Steele and Joey Image and the Misfits shifted their style away from the traditional punk rock of the Static Age sessions to a more horror film-inspired direction. None of the remaining Static Age tracks were released during the early era of the band, though a re-recorded version of "Teenagers from Mars" appeared on the "Horror Business" single in 1979, and a live version of "We Are 138" appeared on the Evilive EP in 1982.

After the band's breakup in 1983, Danzig overdubbed guitar and bass tracks on nine of the unreleased Static Age tracks ("Static Age", "TV Casualty", "Hybrid Moments", "Come Back", "Some Kinda Hate", "Theme for a Jackal", "Angelfuck", "Spinal Remains", and "She"), releasing these new versions on the 1985 Legacy of Brutality compilation album. Misfits followed in 1986, reissuing the tracks "Bullet" and "Hollywood Babylon" as well as the overdubbed version of "She". Collection II (1995) reissued "We Are 138" and "Attitude", the remixed version of "Last Caress", and the previously unreleased "Return of the Fly".

With the release of The Misfits box set in 1996, the complete original Static Age album saw the light of day for the first time, eighteen years after the songs were recorded. The box set included all three compilation albums as well as a disc with all fourteen Static Age tracks that had been mixed in 1978. The remaining three tracks, "She", "Spinal Remains", and "In the Doorway", were mixed by Alan Douches and Tom Bejgrowicz on February 24, 1997 at West West Side Music and were included when Static Age was finally released as a standalone album that July. "In the Doorway" had never before been released, as it had remained unmixed on the master tapes for nineteen years. The album also included an unlisted eighteenth track consisting of a collage of studio banter and outtakes.

A3 Some Kinda Hate

A5 Return Of The Fly

A8 Teenagers From Mars

B6 Theme For A Jackal

B9 In The Doorway