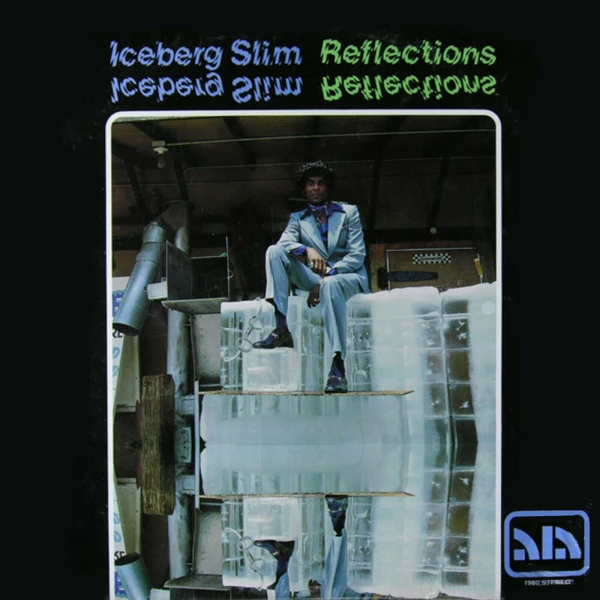 With his polished delivery and smooth, almost soothing voice, Iceberg Slim could have been one of any number of beatnik poets, delivering elaborate monologues over smooth background music on 1976's Reflections. The difference is Iceberg Slim (neé Robert Beck) was a pimp, and his stories are scathingly explicit, and, more often than not, extraordinarily compelling. The language can get graphic; this is not an album for the squeamish. For those who aren't easily offended, though, this album will be spellbinding. Slim's skills as a storyteller cannot be overstated; even at his crudest, he still spins riveting yarns. "The Fall" is virtually autobiographical, depicting his last days as a pimp and what sent him on a downfall to prison, leavened with scabrous humor. "Broadway Sam" is a mean, hilarious story of another pimp who has the tables turned on him in prison. The second half of the record, though, is more poignant, as Slim remembers a lost love on "Durealla" and comes to terms with his relationship with his late mother on "Mama Debt." Throughout the record, Slim is backed by jazzy music courtesy of the Red Holloway Quartet, which enhances the stories without overshadowing them. Many years later, of course, Slim would serve as the inspiration for gangsta rappers like Ice-T (who named himself after Slim) and Schoolly D. Too many of Slim's followers, though, lack the mixture of street smarts and the intellectual and emotional depth shown here. For anyone interested in the roots of modern urban culture, Reflections is a must-hear.