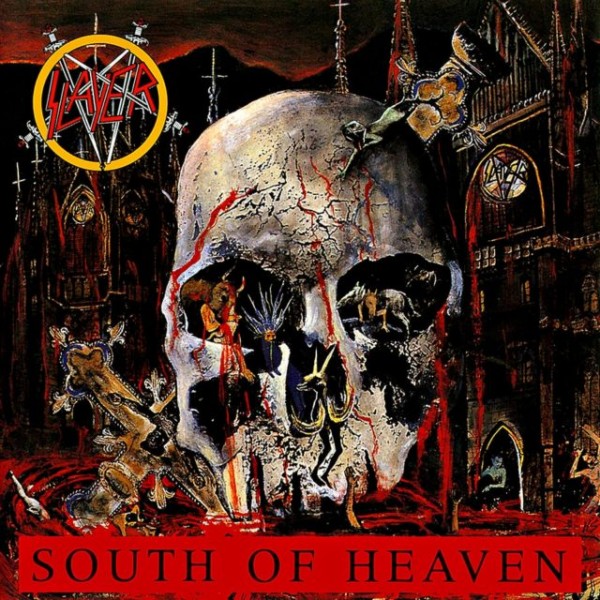 South of Heaven is the fourth studio album by American thrash metal band Slayer, released on July 5, 1988 by Def Jam Recordings. The album was the band's second collaboration with producer Rick Rubin, whose production skills on their previous album Reign in Blood (1986) had helped their sound evolve. In order to offset the pace of its predecessor, Slayer deliberately slowed down the tempo on South of Heaven, and utilized undistorted guitars and toned-down vocals. South of Heaven was the band's last album released by Def Jam, although the rights were transferred to Rubin's new label Def American Recordings after Rubin ended his partnership with Russell Simmons. The album was one of only two Def Jam titles to be distributed by Geffen Records through Warner Bros., as Def Jam's then-distributor Columbia refused to release work by the band.

South of Heaven became Slayer's second album to enter the Billboard 200, peaking at number 57. While some critics praised the change in the band's sound, others more accustomed to the style of their earlier efforts were disappointed. Nonetheless, the songs "Mandatory Suicide" and the title track have since become permanent features of the band's live setlist. South of Heaven was later certified gold by the RIAA in 1992.

A1 South Of Heaven

A4 Behind The Crooked Cross

B1 Ghosts Of War

B2 Read Between The Lies

B3 Cleanse The Soul

B5 Spill The Blood