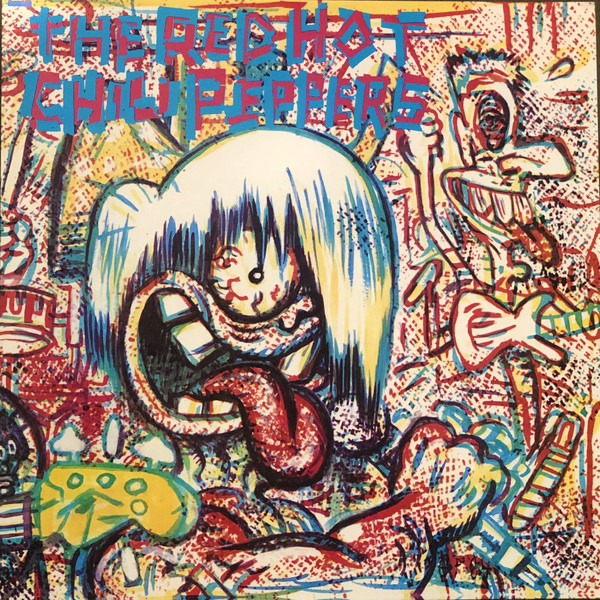 The Red Hot Chili Peppers is the debut studio album by American rock band Red Hot Chili Peppers, released on August 10, 1984, via EMI America and Enigma Records. The album was produced by Gang of Four guitarist Andy Gill, and is the only Peppers album to feature Jack Sherman on guitar. Sherman was in the band as a replacement for founding member Hillel Slovak, who'd left the band along with founding drummer Jack Irons before the album was recorded. After the tour for this album, Sherman was fired and Slovak rejoined the band. The album also features founding members Anthony Kiedis on vocals and Flea on bass, as well as Cliff Martinez on drums.

"Get Up and Jump" was the only single released from the album, but a music video was made for the song "True Men Don't Kill Coyotes." The album has been credited as the first release from the funk metal genre and has also been labeled as "the little spark that ignited the rap rock revolution."

This is a limited edition reissue on color vinyl.

A4 Get Up And Jump

A5 Why Don't You Love Me

B4 You Always Sing The Same

B6 Get Up And Jump-demo Version

New
Gun Club - Fire of Love - LP
The Gun Club's debut is the watermark for all post-punk roots music. This features the late Jeffrey ..
$24.98 text_tax $24.98
Add to Cart
Add to Wish List
Compare this Product