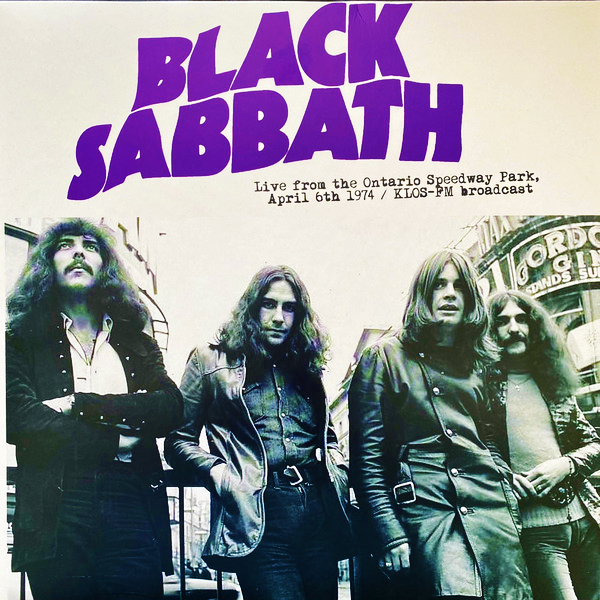 This concert featuring the original lineup of Black Sabbath was recorded at the historic California Jam Festival, which today remains the only rock festival staged on behalf of a television series. The idea was to have a massive one-day music fest that would be videotaped and then shown for several weeks, one act at a time, as an entire season of the late night ABC music program IN CONCERT. The show, in addition to being free of the ugly incidents that plagued events like Altamont, was also a substantial financial success, a fact which set it apart from most rock festivals going on at that time.

The massive music gathering, attended by nearly 300,000 eager fans, was held on one day, April 6, 1974, and featured co-headliners Emerson, Lake and Palmer and Deep Purple. Also on the bill were Sabbath, Black Oak Arkansas, The Eagles, Earth Wind and Fire and Seals and Croft. For Sabbath, who had already been on the international music scene for four years, it was a chance to bring their demonic metal sound into the living rooms of America. For Ozzy Osbourne, Tony Iommi, Geezer Butler and Bill Ward, this was finally a chance to initiate a massive U.S. audience into their world of darkness, and the band definitely delivers. From "War Pigs" to "Hand of Doom," Black Sabbath proved at this concert just how qualified they were to be termed "Godfathers of Heavy Metal Music."

Highlights include "War Pigs," "Sweet Leaf," (after which Osbourne screams "Get High!!") "Iron Man" and the always cheerful "Children Of The Grave."

A3 Killing Yourself To Live

B5 Children Of The Grave