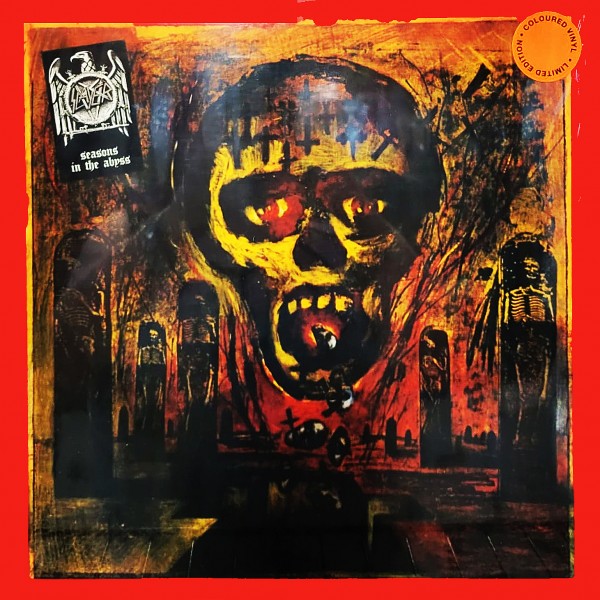 Seasons in the Abyss is the fifth studio album by American thrash metal band Slayer, released on October 9, 1990, through Def American Records. Recording sessions began in March 1990 at Hit City West and Hollywood Sound, and ended in June 1990 at The Record Plant in Los Angeles, California. It was the band's last album to feature their full original lineup with drummer Dave Lombardo until his return on the band's 2006 album Christ Illusion. Seasons in the Abyss' musical style has been compared by critics to the band's previous two albums, South of Heaven (1988) and Reign in Blood (1986).

Upon its release, Seasons in the Abyss received a generally positive reception and peaked at number 40 on the US Billboard 200. It was later certified gold in the United States and Canada. By 2017, it had sold over 813,000 copies in the United States. This is a limited edition release on color vinyl.