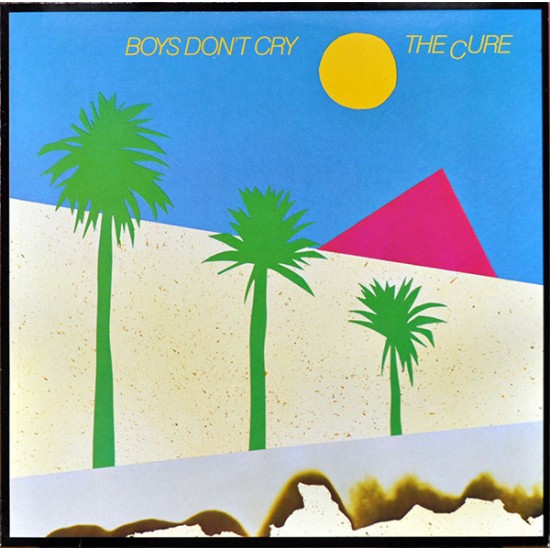 The Cure's first release in North America. Released in February 1980, this album combines eight tracks from the band's May 1979 debut album Three Imaginary Boys (which was not released in the US at the time) with new material from the 1978-1979 era. Do not confuse with this debut album: even though this issue features many songs from that album, they are different records with divergent track lists.

Four tracks from "Three Imaginary Boys" were omitted: "Foxy Lady", "Meathook", "So What?" and "It's Not You" (plus the hidden track "The Weedy Burton"). They were replaced by excerpts from the first three singles : "Killing An Arab", "Boys Don't Cry" (+ B-side "Plastic Passion") and "Jumping Someone Else's Train".

"I'm Cold", B-side to "Jumping Someone Else's Train", was not included, replaced by "World War", an outtake from the Three Imaginary Boys recording session #2 recorded at Morgan Studios on October 12th, 1978.

In 1980, it was released only in US, Canada, Australia and Germany. The first UK release took place in 1983. It has since been reissued many times in different formats and with slightly different track listings. All the reissues feature "Boys Don't Cry" as opening track.

The design of the cover is an excerpt from the back cover of Three Imaginary Boys LP, formerly used to illustrate the song "Fire In Cairo".

A6 Jumping Someone Else's Train

B1 Killing An Arab

B2 Fire In Cairo