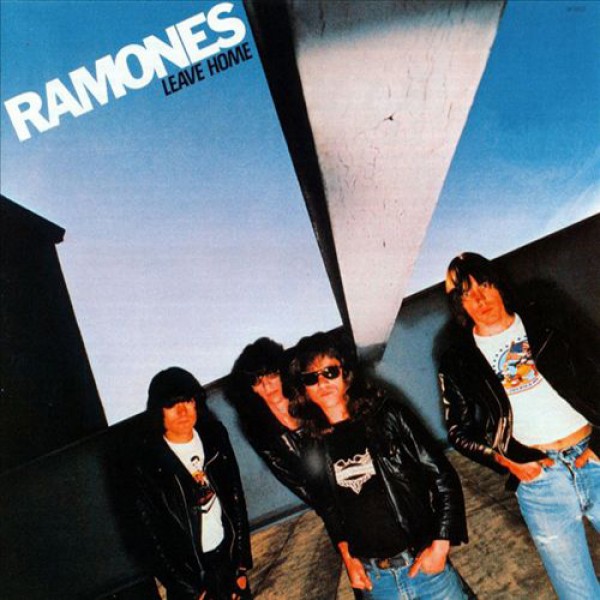 Leave Home is the second studio album by American punk rock band the Ramones. It was released on January 10, 1977 through Sire Records. The album features the classic Ramones songs "Pinhead" and "Gimme Gimme Shock Treatment". It is the only Ramones album to go through different incarnations on its original release, due to label controversy over the song "Carbona Not Glue".

The band had written most of the songs appearing on their first two albums by the time they were signed to Sire (as evidenced by the song listing of the 1976 live tracks appearing on the CD rerelease). They were placed roughly in chronological order on the first two albums; as explained by Johnny Ramone: "We recorded them in the order they were written; we wanted to show a slight progression in song structure."

Many fans and critics point to the more polished pop sensibilities of the second album as evidence of the band's evolving musical skill and style. The second album was recorded at the relatively upscale Sundragon Studios in Manhattan, New York.

Craig Leon, the producer of the first album, Ramones, had left Sire Records by fall 1976 and was replaced by Tony Bongiovi. Bongiovi had mentored drummer Tommy Ramone while the two were working together at the Record Plant producing Jimi Hendrix's Band of Gypsys album. Tommy also assisted with production on the album, a role he would repeat for many later albums

Cramps - Psychedelic Jungle - LP - color vinyl
Second album by the American garage punk band the Cramps. It was released in May 1981 on I.R.S. Reco..
$24.98 text_tax $24.98
Add to Cart
Add to Wish List
Compare this Product