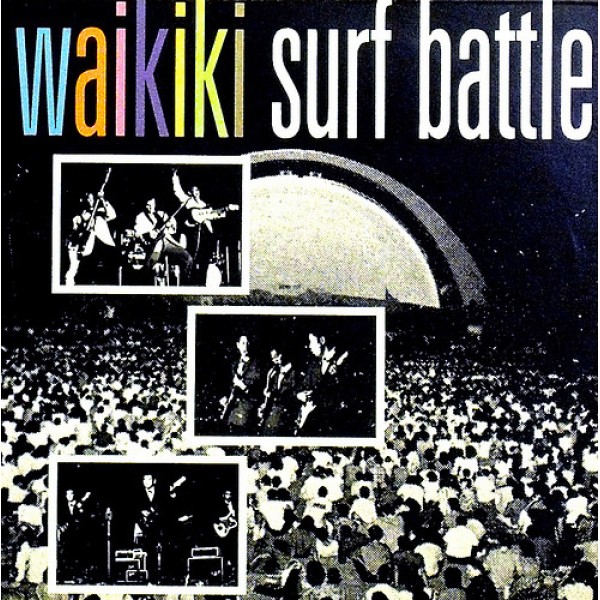 Waikiki Surf Battle is a summary of the two releases from 1963 and 1964. It features some really amazing stuff. Side one is recorded at the 1963 battle, and side two at the 1964 battle, both held at the Waikiki Shell, with 10,000 screaming teens in attendance. The sound is ambient, but man-oh-man, some of these tracks are amazing, especially the Spiedels.

The list of bands in attendance is impressive enough from the tracks included, but there were many more. The Delrays, the Escents, Denny and the Dukes, the Harmonics, the Bel-Aires, the Regents, the Road Runners (3rd place in '63), Judy and the Belmonts (2nd place in '63), the Strollers, the Raiders, the Impacts, the Majestics, the Checkmates, the Adventures, the Sensations, the Frolic Five, the Escorts, the Arcades, the Duplex, the Thunderbirds, and the Kona Casuals.

a6 –Angie & The Originals Surfrider

b2 –Royal Malads Journey Of The Stars

b3 –Infasions War Of The Satellites

Guitaraculas, The ‎– Preachers Of The Night
Record Notes:This features Oleg Gitarkin of Messer Chups and If you're already a Messer Chups or Gui..
$24.98 text_tax $24.98
Add to Cart
Add to Wish List
Compare this Product