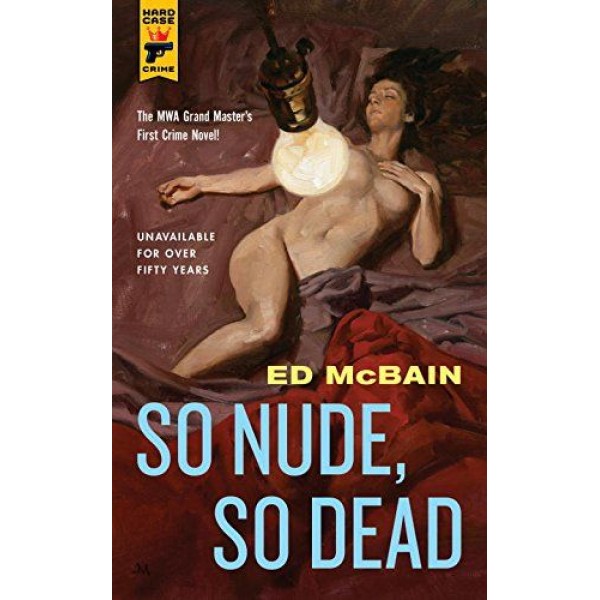 HE HAD A MONKEY ON HIS BACK—

AND A DEAD WOMAN IN HIS BED!

He’d been a promising piano prodigy, once. Now he was just an addict, barely scraping by, letting his hunger for drugs consume him. But a man’s life can always get worse—as Ray Stone discovers when he wakes up beside a beautiful nightclub singer only to find her dead...and 16 ounces of pure heroin missing. On the run from the law, desperate to prove his innocence, Ray also faces another foe, merciless and unforgiving: his fierce and growing craving for a fix...

Ed McBain was one of the most popular mystery writers of all time, creator of the 87th Precinct series and recipient of the Mystery Writers of America’s Grand Master Award. SO NUDE, SO DEAD was his very first crime novel—and this is its first appearance in print in more than half a century.

"I defy any reader to put this novel down once he starts it."—Richard S. Prather, best-selling author of THE PEDDLER

Also featuring Die Hard, a bonus McBain short story from the pulps about the price of addiction, starring private eye Matt Cordell from THE GUTTER AND THE GRAVE

"Ed McBain is, by far, the best at what he does. Case closed."

"A master...McBain gets it right."

Art of S. Clay Wilson, The - Hardcover
THE ART OF S. CLAY WILSON is the long-awaited career retrospective of the most extreme of the Zap ca..
$17.98 text_tax $17.98
Add to Cart
Add to Wish List
Compare this Product