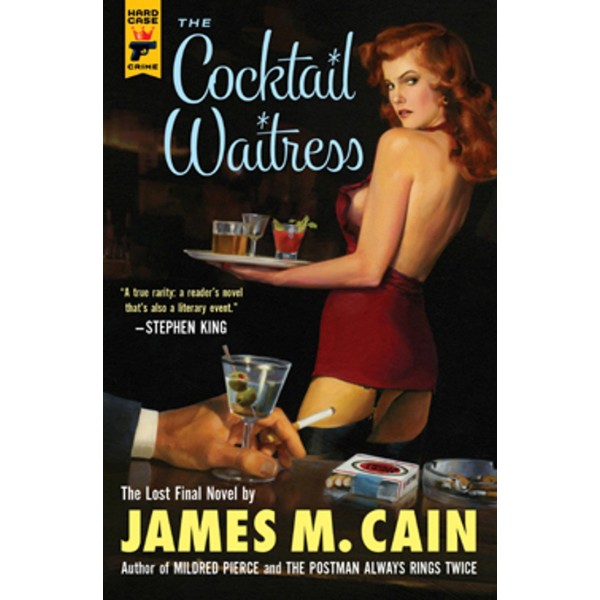 "Here, long after anyone would have expected it, is the voice of James M. Cain, as fresh and as relevant as ever. THE COCKTAIL WAITRESS will involve you, and then shock you with an ending you’ll never forget. This is a true rarity: a reader’s novel that’s also a literary event."

"James M. Cain was one of the founders of American hard-boiled fiction, and it’s not a stretch to say that it’s his voice one hears echoed in most of the Gold Medal novels of the 1950s. That makes Hard Case Crime the ideal publisher for THE COCKTAIL WAITRESS. How considerate of the postman to ring a third time, delivering Cain’s final gift to us thirty-five years after his death."

One of the most celebrated and notorious crime writers of all time, JAMES M. CAIN launched his career with the publication of two back-to-back masterpieces—

—selling millions of copies worldwide and inspiring classic movies. Cain continued with an unmatched run of noir novels including

Cain died in 1977. And that’s where everyone thought the story ended.

But James M. Cain has one more story to tell—

one last blistering tale of sex and greed, betrayal and deception, written at the end of his life but never published—

Destined to take its place alongside his other classics, THE COCKTAIL WAITRESS is Cain at his brutal and seductive best.

A lost, unpublished novel by one of the greatest noir novelists of all time, discovered 35 years after his death

"Nobody else has ever quite pulled it off the way Cain does, not Hemingway, and not even Raymond Chandler. Cain is a master."

"Classic noir...Cain can get down to the primary impulses of greed and sex in fewer words than any writer we know of."