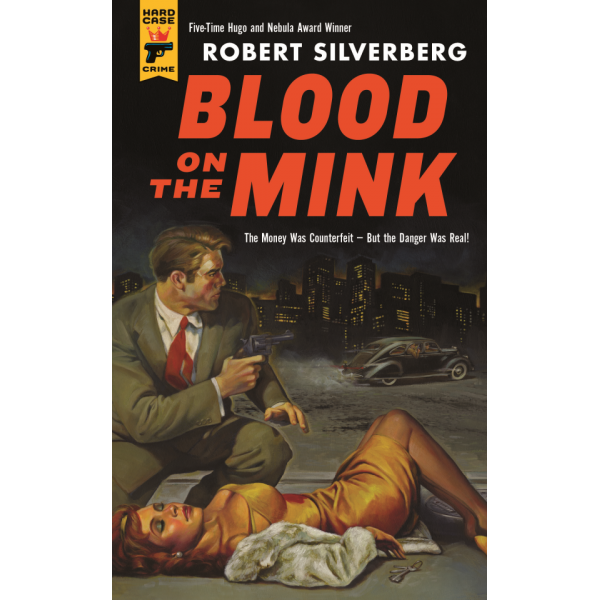 SET A FAKE TO CATCH A FAKE

Somewhere in Philadelphia, a master engraver is turning out brilliant forgeries of U.S. currency plates for organized crime. To bring the operation down from the inside, the government sends an agent undercover posing as a West Coast crime lord’s right-hand man. It’s a dangerous game of impersonation—one that could prove fatal when the agent’s secret begins to unravel...

Unavailable for half a century and never before published in book form, BLOOD ON THE MINK features a new afterword by the author discussing the novel’s origins in the pages of one of the last surviving pulp magazines—plus two of Silverberg’s short stories from the pulps, also appearing for the first time in more than 50 years.

First publication in any form in 50 years, and first ever under Silverberg’s real name

Silverberg is a five-time winner of both the Nebula and Hugo awards, science fiction’s highest honors, and was named a Grandmaster by the Science Fiction Writers of America

Acclaim for the Work of Robert Silverberg...

"A master of his craft."