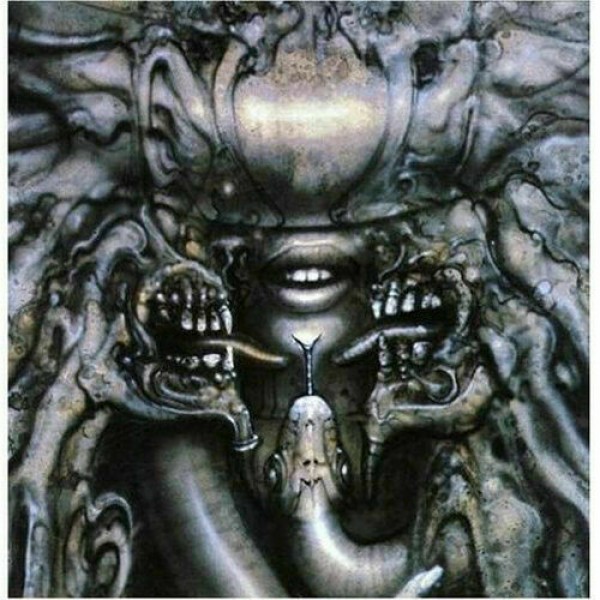 Glenn Danzig, one of the most well known and influential figures in the realms of Heavy Metal. He has countlessly inspired dozens of bands from various genres with his take on music. His charisma and his penchant for the darker side of things has won many people over for the past 30 years and still counting. Personally, although "The Misfits" and "Samhain were pretty good at what they did, Glenn didn't reach his potential until forming his third and last project with his last name being the moniker of the group. During the tenure with "The Misfits" and "Samhain", Glenn was a huge reason why they had great success. The band's weren't incredibly talented with their instruments, just being able to do enough with their talent to create fast, catchy, punk rock songs for Danzig to sing over. What made Danzig such a cult figure for the youth of that day? The heavily outspoken figure known for his brash off the field behavior, turned off many parents with his darkened lyrical content and his actions which in turn, inspired many kids to rebel against their parents teachings and onto something new and mysterious.

After the end of these two groups, Glenn wanted to create music far more complex and heavier compared to what he had previously done in Samhain and Misfits, abandoning the childish imagery of the past and presenting more realistic ideas in a much more sinister idea. And so, the debut album "Danzig' had dropped in 1989. It took awhile for this to catch on but soon enough, the track "Mother" had become a staple on radio stations all over. This first step garnered many fans, including Metallica, Cliff Burton showing support by wearing Misfits gear on stage and James Hetfield providing unaccredited backing vocals on Danzig’s debut. With this band, he had severed ties from the past, dropping the horror punk element and traded it in for a blues based rock sound. He found a talented group who would stay on board until a couple albums later when it became a parade. "Lucifuge" the second release went down the same route with a greater showing was debatably the greatest achievement they would ever encounter. Upon the third release, “How The Gods Kills” Danzig began to tweak the sound, slowly adding the keyboard elements, as shown on the haunting ballad “Sistinas”. This was in fact one of the best songs on this album but gave a preview of Danzig beginning to pointlessly tamper with success, later alienating his fan base with the wide experimentation of Danzig IIII, not that he could care less though. Aside from the slight inclusion of the keyboards, this album retains the grit and heavy rock sound of previous releases. It has been said that I, II, and III, are the essential albums from Danzig and nothing after this needs to be heard. I’ll leave that to the readers as it’s only an opinion.

“How The Gods Kill” opens the album with an almost 7 minute track by the name of Godless. The guitar work is just as solid as past releases, John Christ playing around with his guitar to provide a heavy base for the music. Low to mid tempo at best, Christ provides a lot of catchy rhythms with infectious grooves and plenty of jaw dropping solos for the guitar purists. One thing I have noticed with Danzig is that I can find some Jim Morrison in his image and his vocals while distinctively having his own voice. He has the uncanny ability to sing well with a lower, yet vulnerable range and then in the next moment, explode with fury in a higher register to great avail. He can balance his voice with great emotion between the softer ballads to the straight forward rockers to great success. His lyrics have dropped the comedic aspects from the zombie horror flick oriented number “Astro Zombies” from his Misfits days to bleaker subjects. The drum work from Chuck is nothing short of expected but played pretty well according to the tempo changes. He can play fast when he needs to and slow when the song calls for it. I have no complaints. The bass work is kind of drowned out for the most part unfortunately, something I was disappointed in but occasionally Eerie Von is heard and plays a cool bass line from time to time. Production is pretty good for the album, capturing Danzig’s wild voice as well as the guitar and drums to a crisp, clear sound.

All in all, Danzig III, is a great album of a three part trilogy that Metal fans all over should check out. Almost everywhere you look you can see where Danzig has made an impact. From Mtv, you can find My Chemical Romance and AFI adopting the image and bringing a similar style to the mainstream where The Misfits” Crimson Ghost still remains an ultra popular logo. Shirts, belt buckles, and other various memorabilia are still being worn these days, many years after the forming of the group. “Mother” can still be heard on the radio along with being added to Guitar Hero II, all these factors are a testament of what Danzig has become, an icon and an influence upon music, be it Black Metal or Punk. If any of you love the track "Mother" I highly recommend that you check this band out. This album in my opinion of I, II, and II, is the third best but in no way should this discourage you to listen to this as it's still a solid Metal album many of us can appreciate.

Samhain - November Coming Fire - LP - color vinyl
The second album from one of Glenn Danzig’s many legendary outfits is pure horror punk from start to..
$27.98 text_tax $27.98
Add to Cart
Add to Wish List
Compare this Product