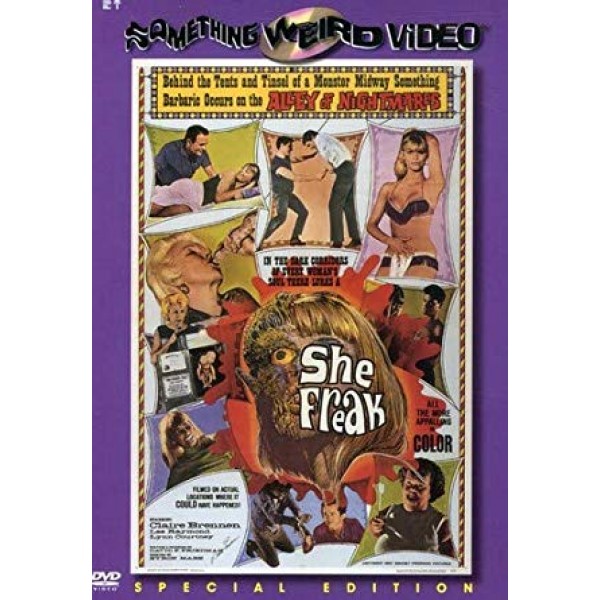 In this creepy carny-noir , horror lurks behind the cheerful facade of a traveling carnival. Fed up slinging hash at a roadside diner, slinky Jade Cochran (Claire Brennen) takes a job with a passing show and soon sinks her ambitious hooks into Steven St. John, owner of the sideshow exhibit. She also has an affair with Blackie, the Ferris wheel stud, and makes life miserable for Shorty, the sideshow midget.

But When Blackie kills her hubby and Jade inherits the sideshow, Shorty and his fellow "oddities" seek revenge...

An affectionate reworking of the classic FREAKS from producer David F. Friedman (who also plays the sideshow barker), SHE FREAK also features another bizarre makeup creation by Harry Thomas who designed some of Hollywood’s looniest monsters (Frankentstein's Daughter, HOUSE ON BARE MOUNTAIN).

Rare newsreel footage of Siamese twins, including the Hilton Sisters, and the Gibb Sisters!