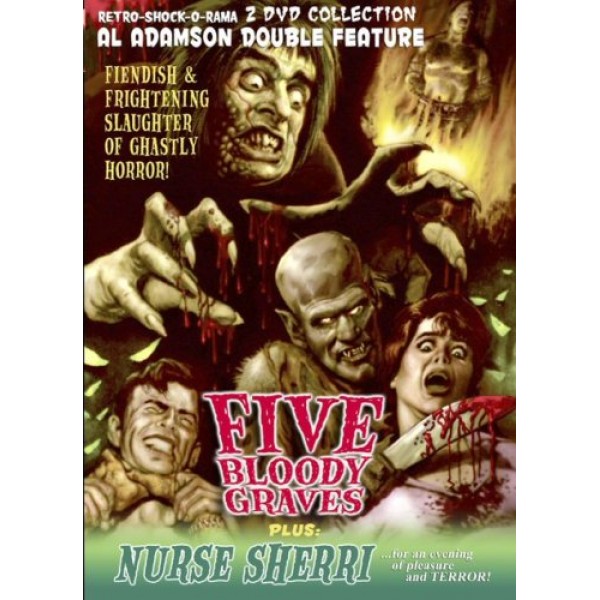 A renegade tribe of monstrous, murdering, bloodthirsty redskins are on the war path and every settler will pay with his or her scalp. The lone man who can stop them is Ben Thompson, who rides the desert high plains with Death and Terror as his only companions. Ben seeks vengeance on Satago, the evil Apache chief who butchered his wife on their wedding day, and he teams up with Satago's half-brother to track him down and string him up for the vultures. When the death-dealing duo come upon a wrecked stagecoach carrying prostitutes and a preacher, they battle to keep the survivors alive and in one piece in savage Indian territory.

An evil necromancer has died and his restless demonic spirit invades the body of sexy nurse Sherri. Transformed into a maniacal killing machine, Sherri stalks the hospital corridors turning them blood-red with terror and madness. Impaling, slicing and dicing anyone in her path, Sherri's only hope becomes two friends who must unearth and destroy the necromancer's rotting corpse, thus sending the monstrous spirit back down to hell.