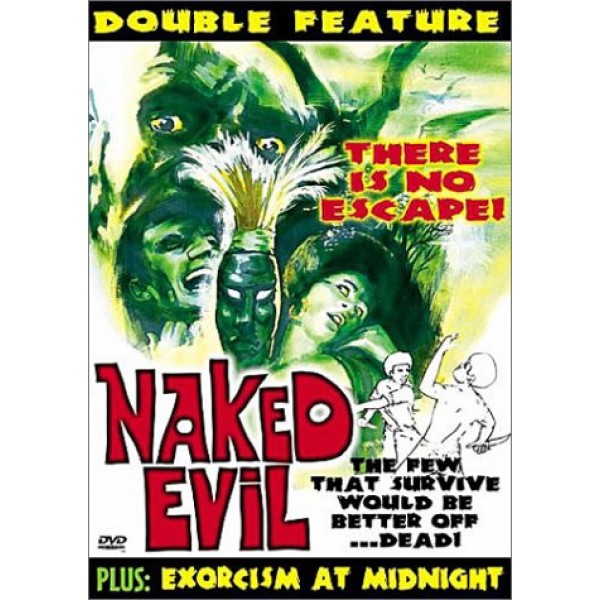 Smash the bottle and you unleash the devil! What looks like an innocent piece of pottery filled with dust and feathers holds the key to terror in "Naked Evil," an eerie horror gem that historically preceded the black horror trend of the '70s and explored the terrifying themes of possession and exorcism years before "The Exorcist." Two street gangs are tearing apart an English town, and now one of them is turning to Jamaican black magic in the form of an "obi"--a bottle containing a ruthless demon which kills its recipient when opened. Violent deaths and graveyard desecrations lead the police to a local youth hostel, where Father Goodman and headmaster Mr. Benson--both experts in voodoo traditions--are the only chance of stopping this nameless, faceless evil! Rarely seen since its initial release, this atmospheric British blend of sin and the supernatural is presented from the finest surviving film elements. Then the story takes on a new twist in "Exorcism at Midnight," an expanded edition of the film which adds a new framing story (with "Reservoir Dogs'" Lawrence Tierney) and features surreal "Multi-Color" visual effects. Watch them both alone if you dare!