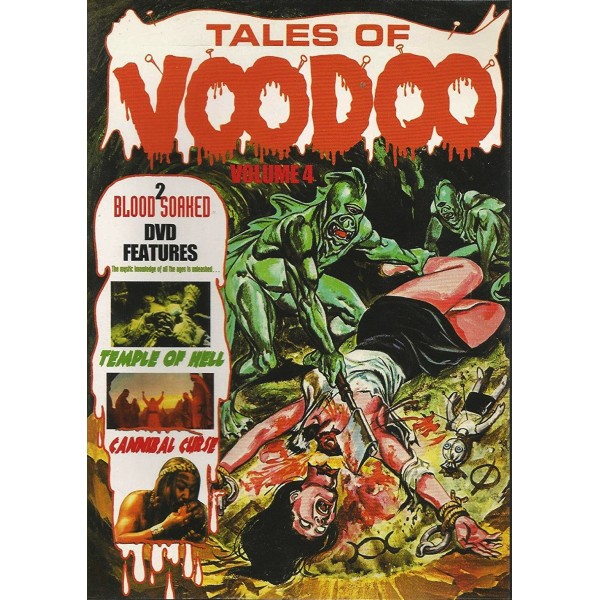 The fourth volume in the double-feature horror/martial arts series, TALES OF VOODOO VOL. 4, contains the films THE VIOLENT SORCERER and CANNIBAL CURSE. In the first film, a ninja with dark powers reaches beyond the grave, bringing long-dead soldiers back to life. Then, in the Hong Kong horror film CANNIBAL CURSE, a vacation paradise turns into the site of nightmarish fright as the local inhabitants reveal their appetite for scrumptious human flesh.