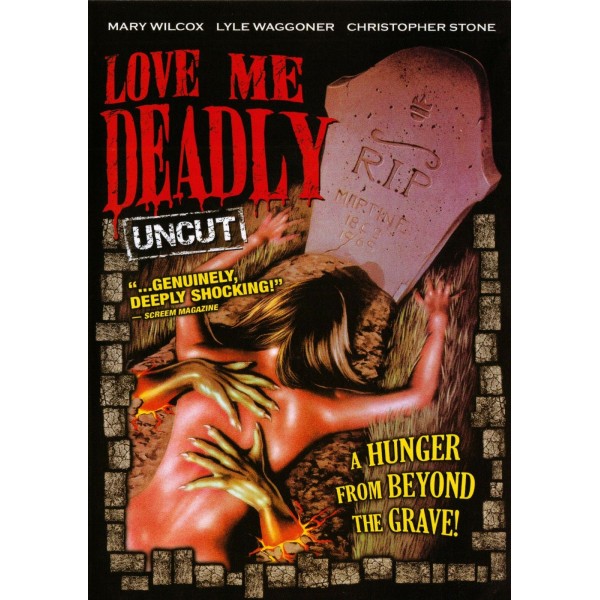 A Hunger From Beyond The Grave!

Lindsay (Mary Wilcox of Beast Of The Yellow Night) has an unusual fascination with the dead. She often finds herself at funerals for people she doesn't even know. Once the mourners have cleared out, she's drawn to the corpse by an unspeakable sexual curiosity. It appears that this obsession with the recently deseased has been brewing within Lindsay for quite some time and might have been something to do with her late father. She makes an attempt at a normal relationship with Lyle Waggoner (TV's Wonder Woman, The Carol Burnett Show), but is also lured into a corpse-loving cult by a creepy undertaker.

Equal parts sick soap opera and exploitation, Love Me Deadly still has the power to disturb and disgust 36 years later after its original release. Shriek Show is proud to bring you its first official DVD release, transferred from the original 35mm negatives, uncut and uncensored!