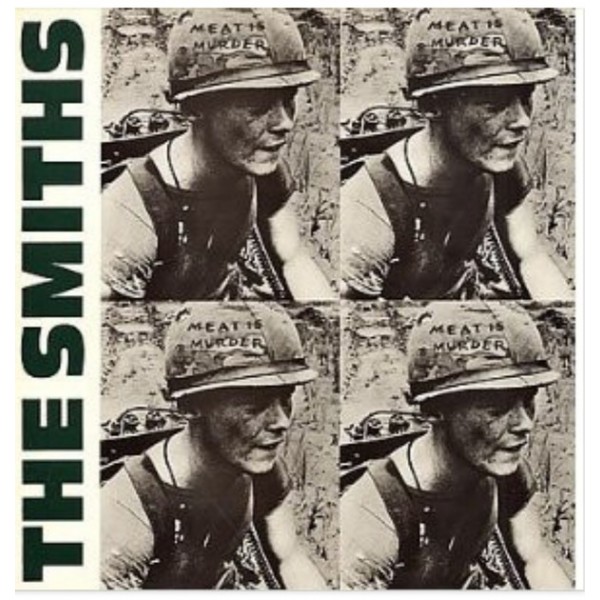 After the band's 1984 debut album, singer Morrissey and guitarist Johnny Marr produced the album themselves, assisted only by engineer Stephen Street. They had first met Stephen Street on the session for "Heaven Knows I'm Miserable Now" and requested his contact number. Officially, the record's production is credited to "The Smiths".

To build the album's soundscape, Morrissey provided Marr and Street with his personal copies of BBC sound effects records from which to source samples. Morrissey would continue this practice on future Smiths singles and albums.

Meat Is Murder was more strident and political than its predecessor, including the pro-vegetarian title track (Morrissey forbade the rest of the group from being photographed eating meat), and the anti-corporal punishment "The Headmaster Ritual". Musically, the band had grown more adventurous, with Marr and Rourke channelling rockabilly and funk influences in "Rusholme Ruffians" and "Barbarism Begins at Home" respectively. "Rusholme Ruffians" interpolates the Victoria Wood song "Fourteen Again". Author John King has suggested that the title track was inspired by the 1983 song "Meat Means Murder" by the anarcho-punk band Conflict, which deals with the same topic and also opens at a slow pace.

Morrissey also brought a political stance to many of his interviews, courting further controversy. Among his targets were the Thatcher administration, the monarchy, and his musical contemporaries. When asked about Band Aid, which was being strongly promoted in the UK media at the time, he quipped, "One can have great concern for the people of Ethiopia, but it's another thing to inflict daily torture on the people of England." Similarly, he began to staunchly promote vegetarianism in live shows and interviews, on one occasion convincing a Scottish TV show to air footage of slaughterhouses during the dinner hour.

A1 The Headmaster Ritual

A3 I Want The One I Can't Have

A4 What She Said

A5 That Joke Isn't Funny Anymore

B2 Well I Wonder

B3 Barbarism Begins At Home

B4 Meat Is Murder