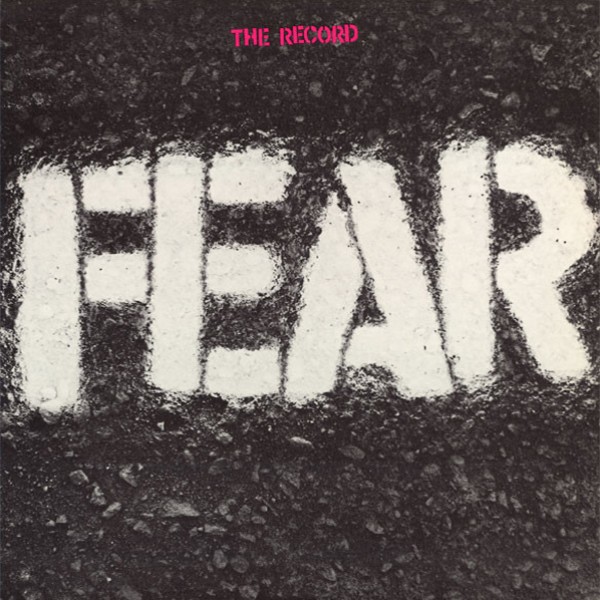 Horribly underrated, immensely talented PUNK album in the true sense of the word.  Fear embodies the persona of the type of punks that were featured in those early eighties shows like Quincy and CHiPS (in a negative light).  Violent, smart-ass and nihilistic.  But there is a lot more relevance and subverted intelligence here than say, The Exploited or The Casualties.  Really, those attributes of punk culture have really been ironed out over the years to a more refined version of what it was and a lot of younger kids getting into punk don't know what to make of a band like Fear (Or the Dwarves or GG Allin for that matter...).  Now on to the album...  There are a few things that set Fear apart from their hardcore/punk peers and none are as distinct or as well done as they are on this record.  First, Lee Ving's obviously classically trained voice howls over precise and well played tunes by very competent musicians.  Second, drummer Spit Stix's use of snare hits on the first and third beats instead of the standard two and four give these tunes a sense of urgency that I'm really surprised more punk acts over the years haven't employed.  And lastly, the incorporation of no-wave, post-punk, and blues into a hardcore album without being awkward.  Songs like "Disconnected" and "We Destroy The Family" fit in very well in this set along more typical hardcore tracks like "I Love Livin' In The City" and "Gimme Some Action".  Sadly, Fear would never match the intensity, diversity, and all around good tunes on their later efforts.  But as it stands, this album remains a true stand out and a must own for fans of 80's hardcore.  And if these dudes were just putting on an act as so many have claimed, they did a damn good job and made a damn good album doing so...

A4 I Don't Care About You

A6 Gimmie Some Action

B1 We Destroy The Family

B2 I Love Livin' In The City

B4 We Got To Get Out Of This Place

B6 Getting The Brush

B7 No More Nothing

Samhain - November Coming Fire - LP - color vinyl
The second album from one of Glenn Danzig’s many legendary outfits is pure horror punk from start to..
$34.98 text_tax $34.98
Add to Cart
Add to Wish List
Compare this Product